How to create a stream that discards old data?

I saw a mention somewhere that I can create a stream that keeps only, say, last 10 items.

Can anyone point me to the doc or code for that?

How do you set this metadata?

I see an example here:

But it seems to be setting “event” metadata, and not a stream metadata:

Sorry, but I’m still not understanding it.

What is the event id in metadata.txt in the example?

metadata is just another stream

if you have a stream foo the metadata is $$foo. http and the tcp
client abstract this from you with /streams/foo/metadata etc but this
is for convenience. If you look in stream browser this is more obvious 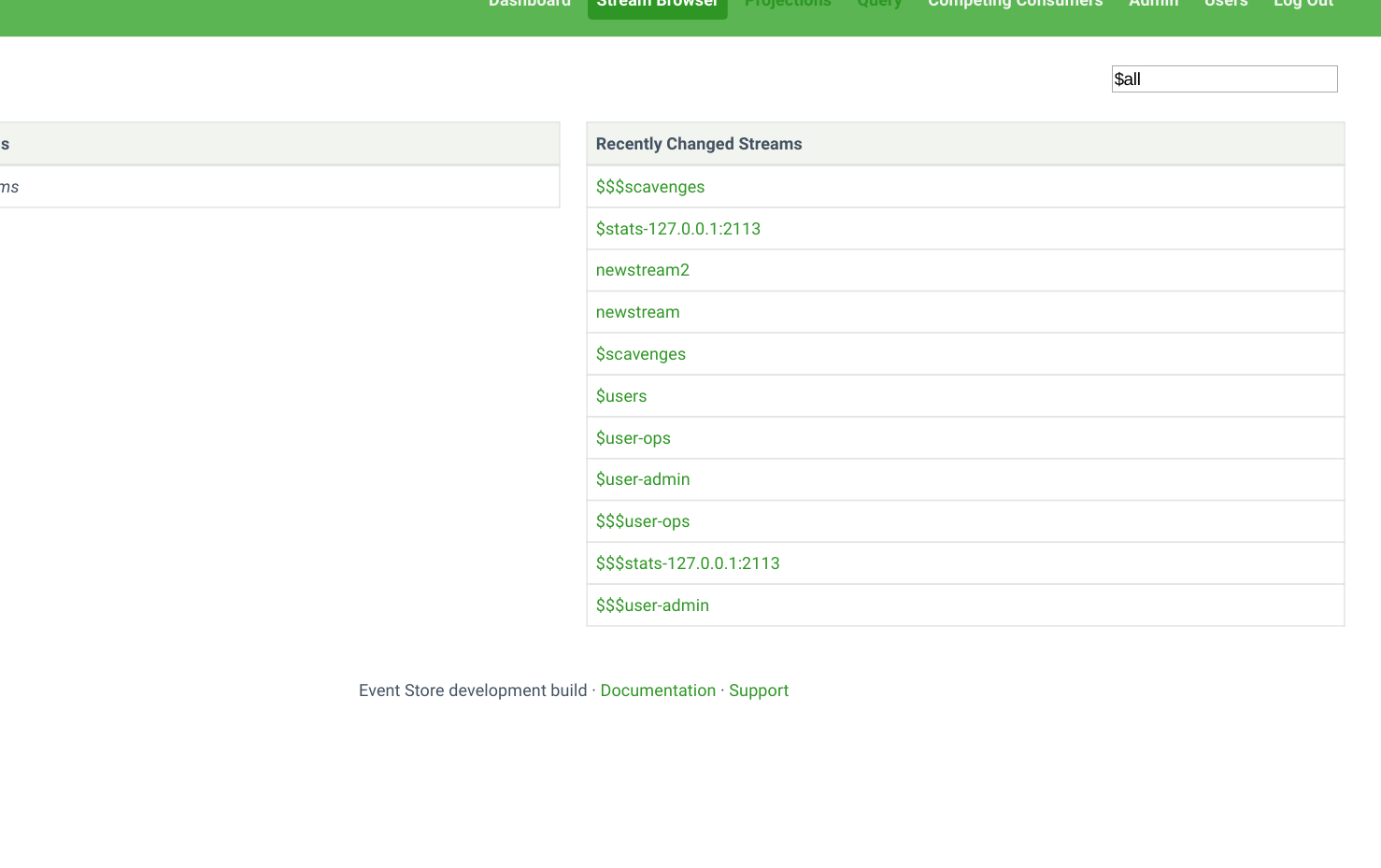 Ok, I had success, but I had to post NOT to metadata stream, but to the same stream that I wanted to set max count on.

E.g. if I want to limit maxCount on my snapshots stream, I had to do this:

The part that stream’s metadata had to be part of the event data was not clear to me from the documentation.

At first I tried posting to the “http://127.0.0.1:2113/streams/my_snapshots-Ball/metadata” which just created a new metadata stream - and didn’t alter the maxCount of my “my_snapshots-Ball” stream.

Hopefully, this helps anyone trying to do this in the future.

Oh wait, I think posting to “/metadata” actually set the $maxCount and not to the regular stream…

I take my statement back.